The Czechoslovakian Wolfdog as a breed belongs to the youngest breeds at all, and its history is still being written today by all owners and breeders under the auspices of the FCI. What we know today as a breed with relatively stable exterior and personal characteristics, began in the 1950s as an experiment of the Czechoslovakian army. Its purpose was to verify the benefits of adhering the blood of the Carpathian wolf to increase the resilience, persistence and improvement of the health of the German shepherd in order to better protect our national borders.

On the photo: wolf Šarik 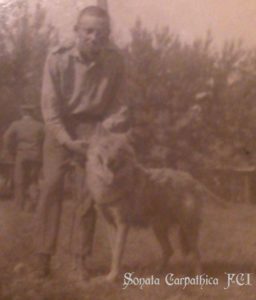 Firstly, the goal was not to create a new breed, but to embellish the qualities of a German shepherd. Crosses and their next generations were therefore subjected to observations and their premises about training or binding to humans and to other dogs were analyzed. Between 1964 and 1965, the first results of the experiment were published and at that time the idea of ​​using crosses to establish a separate new breed began to come to real. These crosses achieved remarkable  results in endurance running, they had significantly improved their smell and hearing, better orientation skills, premises to work better in the dusk and night, it had high resistance to weather, and better premises for health at load work. But the idea of ​​a new breed did not meet with understanding of the German shepherd’s breeders. Their negative reactions also hindered the effort to recognize a new breed. Applications for breed registration were repeatedly rejected in 1970 and 1976, although at that time more than 150 individuals were in the armed forces and in the hands of civilian breeders.

On the photo: one of Šarik´s litters 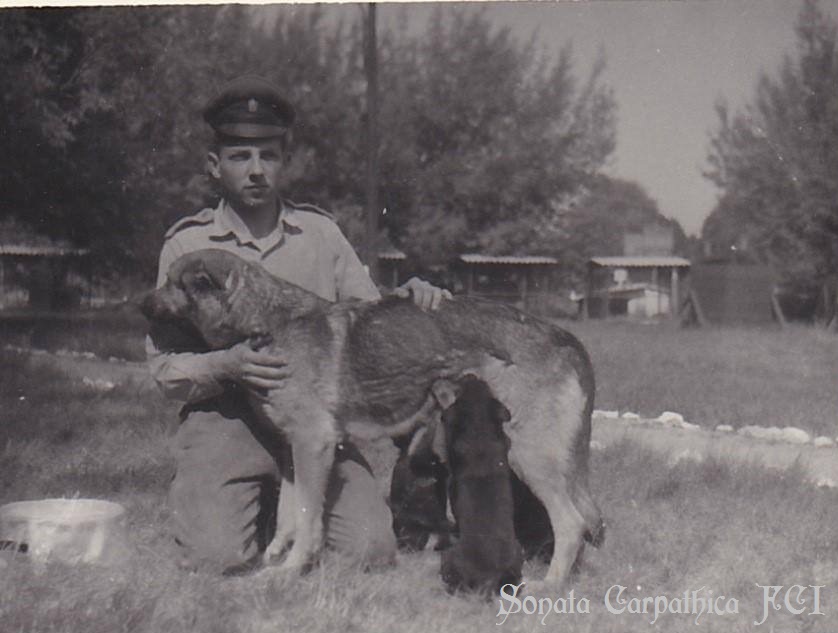 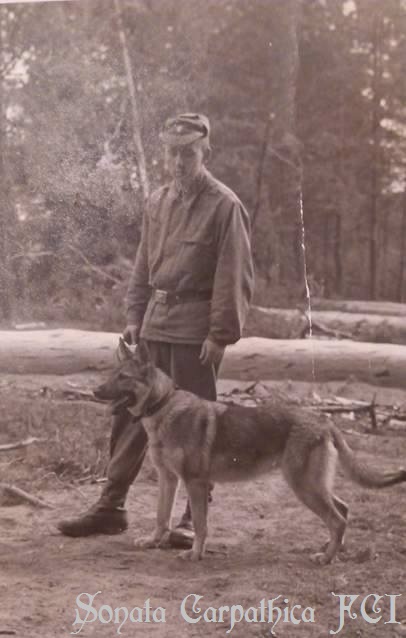 In the 70s of the last century, all breeding moved to the Slovak side of the border, to the kennel Pohraničná stráž Malacky, under the command of Maj. František Rosík. In the Czech part of Czechoslovakia, the project was terminated and the breeding was liquidated. Some individuals remained in the hands of civilians, but without further breeding management. There was a 10-year period when all breeding was only in Slovakia and all other dogs in Czech breeding in the 80’s were imported from Slovakia. In 1982 the breed of Czechoslovakian wolfdog was recognized as a national breed by the Federal Committee of Breeding Union of the CSSR. In the same year in Brno a club of breeders of Czechoslovakian wolfdog was established with branches in Prague and Bratislava. The Slovak branch had a larger part of breeding animals and had multiplied number of members. In 1989, in Helsinki, the breed was recognized internationally by the FCI when its standard was approved. Ten years later, the breed had to be re-defended. Thanks to the increased activity of the Slovak branch of the club and the wider breeding base, the breed remained after the division of Czechoslovakia under the patronage of Slovakia and belongs to our four national breeds.

On the photo: the offspring of Šarik

Slovak patronage of the breed

In connection with the history of the breed, disputes over which country can be considered a cradle of the breed often arise after the division of Czechoslovakia. Therefore, it is important to clarify the concepts. Mr. Hartl is the father of the project and brought the crosses to the world in the Czech Republic. However, the military experiment of adhering the wolf blood to a German Shepherd was originally meant to revitalize the German shepherd and not to create a new breed. For the birth of crosses, Hartl has indispensable and unique credit. What is different, is the concept of the breed, when it was originated and what it was originated from and where the breeding base was at the time of breed recognition. Even today, German Shepherds are regularly mixed with Belgian shepherds for military and police purposes, also in order to improve the characteristics of the German shepherd. Crosses are registered all over the world, including the Czech Republic and the Slovak Republic. If tomorrow, for example, the French decided to start working on recognizing these mixes as a new breed, they would go through that tricky path, proved their purity several generations back and its sustainability and viability, they would have the chance to get them recognized as a new breed after a few years of breeding. In that case, France would be recognized as a country of origin and as a patron of the new breed, because there was an initiative, there was a genetic basis, notwithstanding that the crosses are all over the world, even in the Slovak Republic or in the Czech Republic, and notwithstanding that Belgian shepherd comes from Belgium and German shepherd comes from Germany. In the Czech Republic, between the years 1971 and 1981, none litter of cross-bred German shepherd and wolf was born. Then the breeders started to bring puppies to Czech Republic only from Slovakia. Therefore, if we are talking about the breed at the time of its recognition, it originated in the Slovak part of Czechoslovakia, from the initiative of the Slovaks. Of course, thanks to many army and civilian breeding personalities from both sides of the border. The Czechs served in Malacky, and the Slovaks served in Libějovice. If we are to avoid constant arguing, it is necessary to distinguish between crosses and between the breed. To summarize, without Mr. Hartl there would be no crosses, without Mr. Rosik there would be no breed. In Pohraničná stráž kennel there were several breeds crossed and several experiments took place there. The Newfoundland dog, the Schnauzer, the Rottweiler, but also the crosses of the Doberman, the Great dane and Boxer and many others were included to the service. However, all these experiments failed and were terminated. An experiment of crossing the German shepherd and a wolf was also finished. The experiment, however, became love, and the Czechoslovakian wolfdog as the only survivor of the projects still lives on both sides of the border of the former Czechoslovakia. 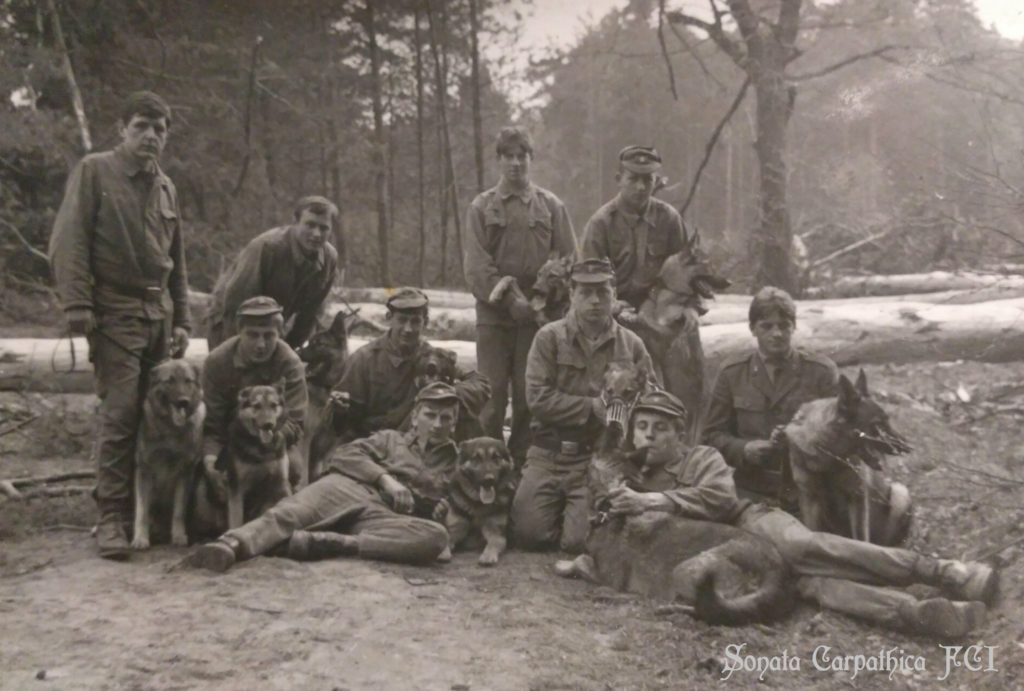 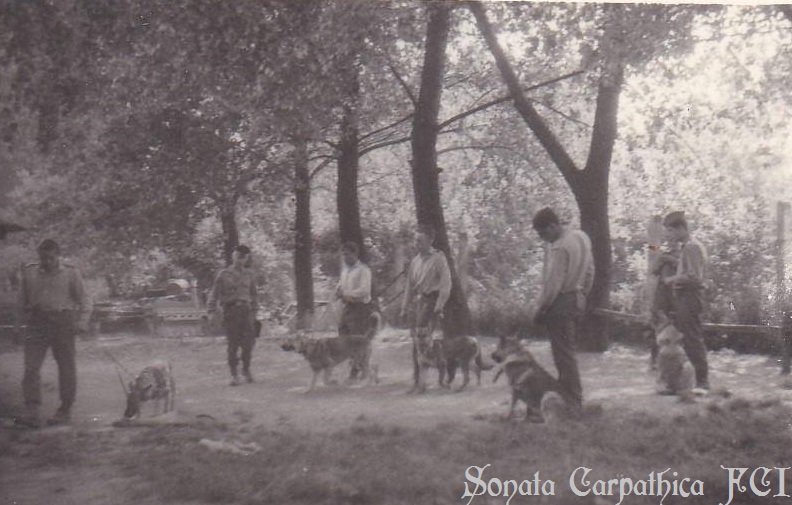 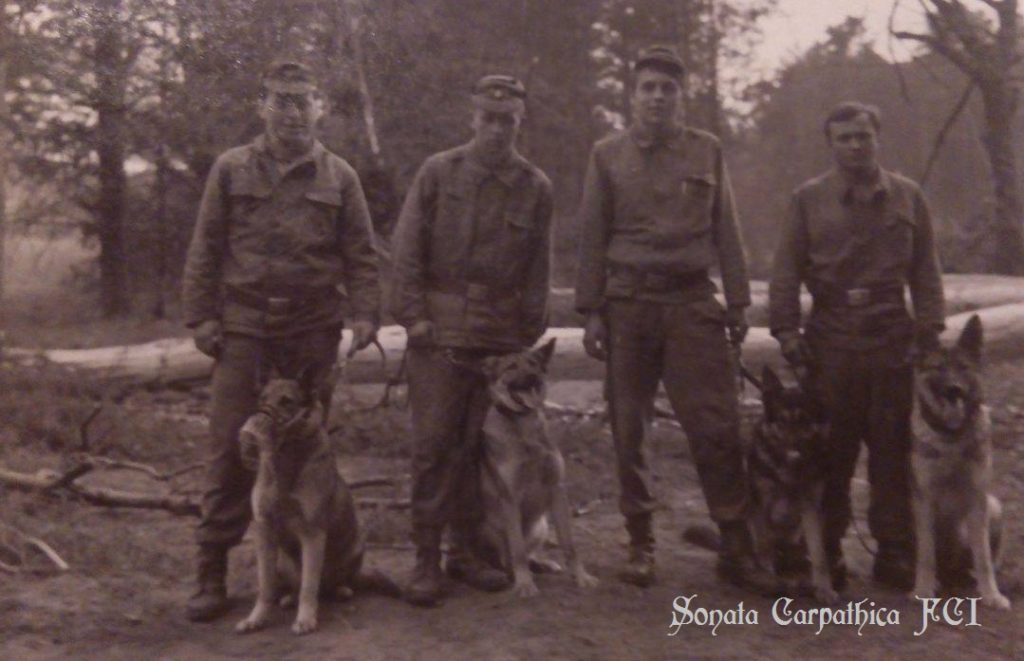 Peter Nevolný: The history of the origin of the Czechoslovakian wolfdog breed (2017) 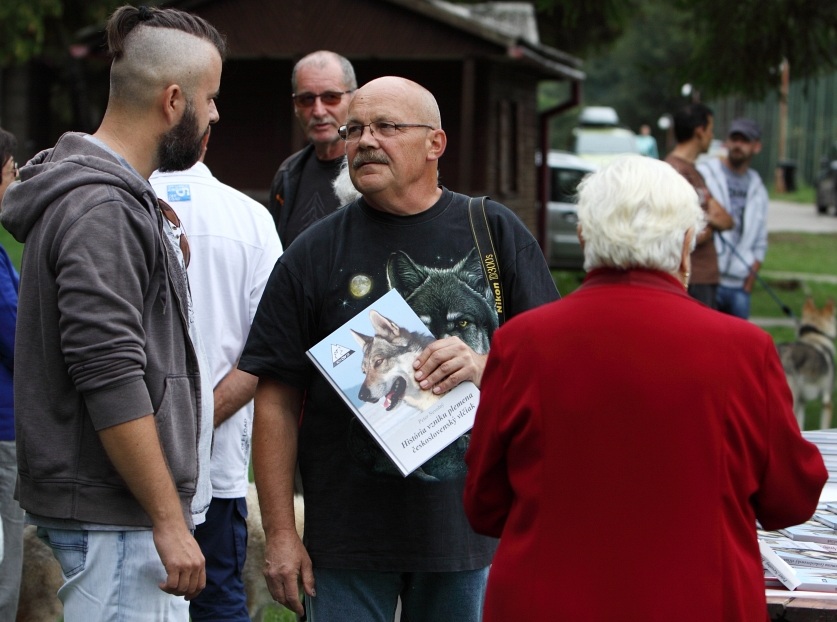 A unique publication with documents and photographs of the early beginnings of our national breed. We are proud we could take part in the publication of this book.