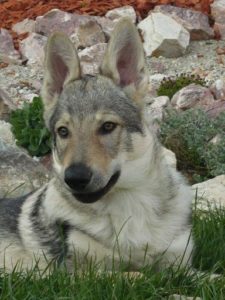 Bref has joined our wolfpack at the age of 2.5 year. His former owner was an experienced police cynologist who devoted him every single minute, which was seen on his character and obedience. He represents the type of dog we always liked. He has an excellent character, although he is totally dependent on his pack, loves people, small children, he is very careful and patient with puppies.

Due to his sanguine nature, he quickly adapted to a new pack. The character is more like a German Shepherd´s – he is peaceful, he does not concoct, but he is very dominant for stranger dogs. 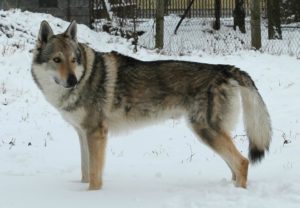 Its majesty and hypnotic view are captivating and everyone loves him. He is also excellent as a working dog, even though we as the amateurs hamper him in passing a work exam. Learn more about his work HERE. 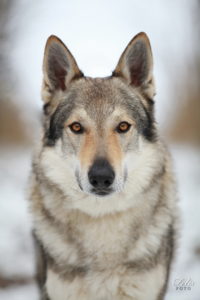