Our first litter is after parents Gara z Oravy (Khaleesi) and Bref Karpatská svorka, who are the establishing members of our wolf pack.

For us the litter “A” represents a connection between the blood of a well-working dog Bref Karpatská svorka, with the blood of another hardworker, Bajkal Tajomný tulák, father of our female Gara z Oravy. Although it may seem that we just used the dog we had at home, the opposite is true. Bref, who we bought as a two-and-a-half year old dog, we had planned to use to create breeding pair with Gara for one litter. Bref fitted into the concept of a flegmatical working character, athletic figure, height, head type and, last but not least, unrelated blood, which was not very well represented in the breeding. Time has showed it was not a bad move. Puppies from this litter are well suited to family, even with children, have bright eyes, good skeletons, quality coats and nicely shaped heads.

Pedigree of litter “A” 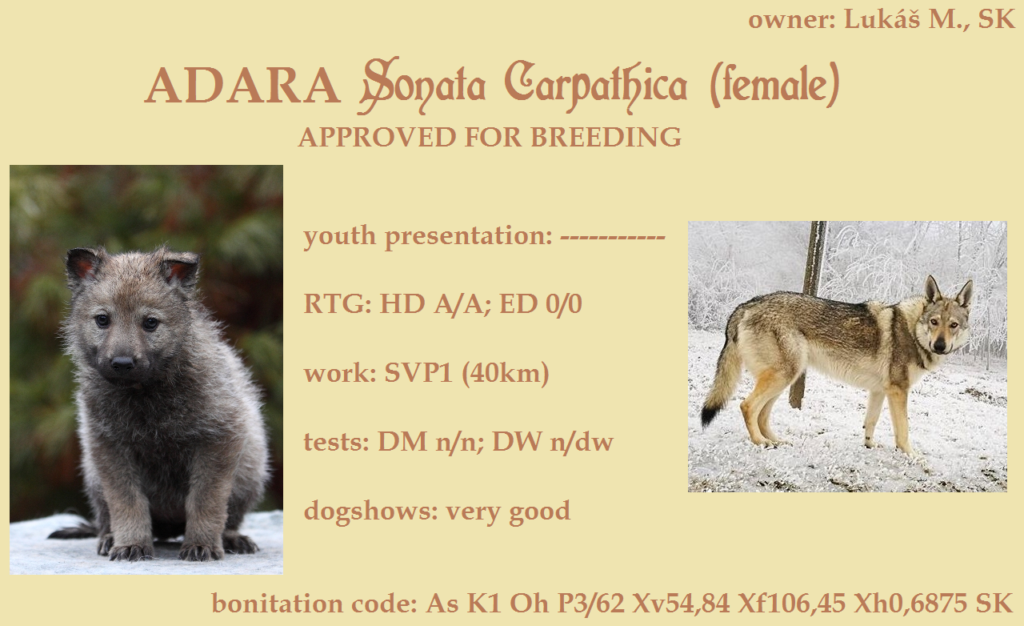 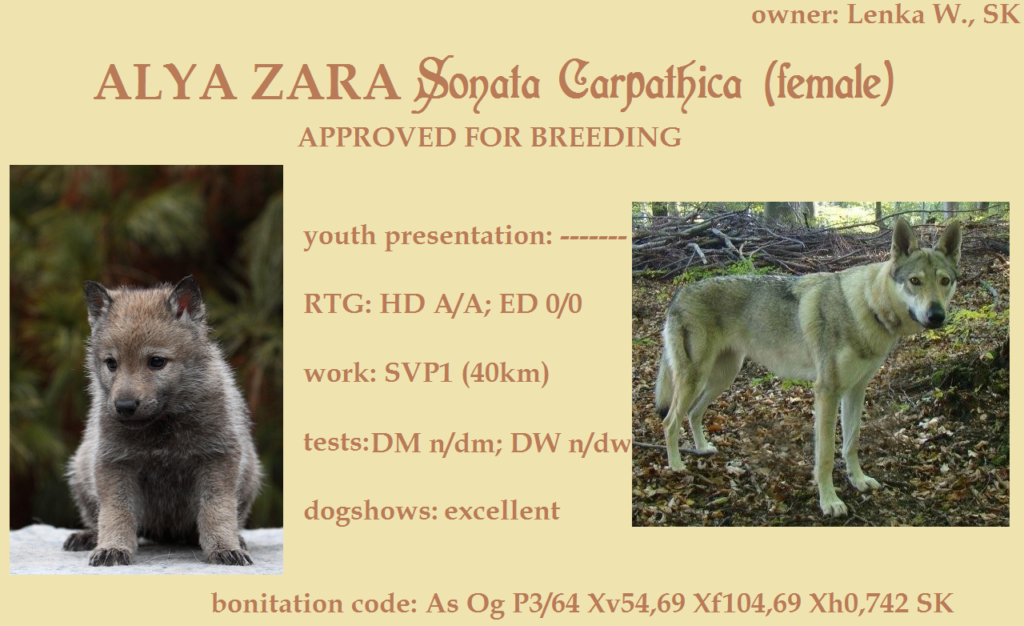 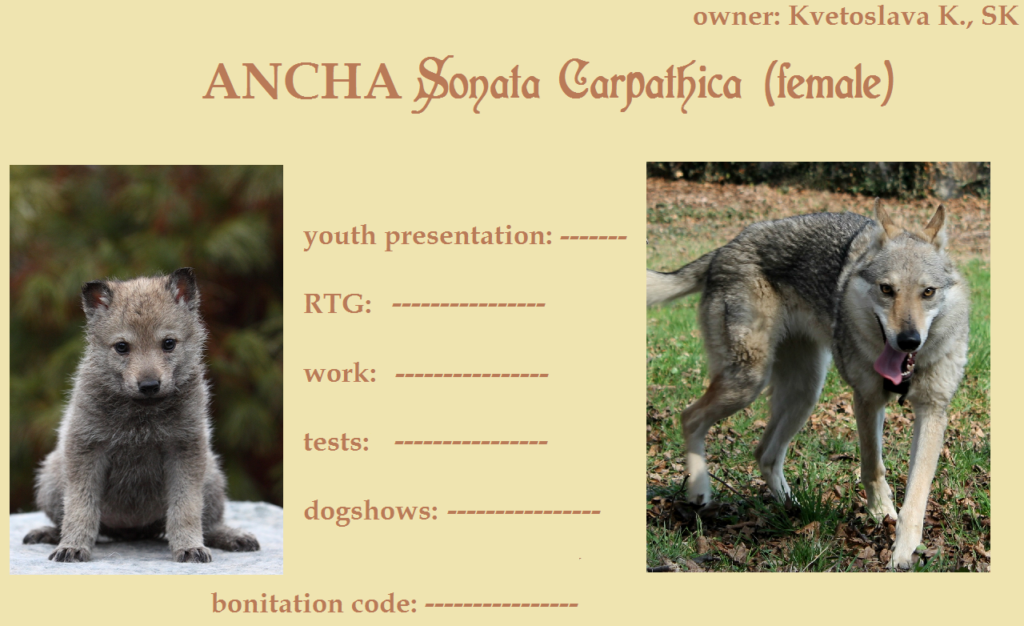 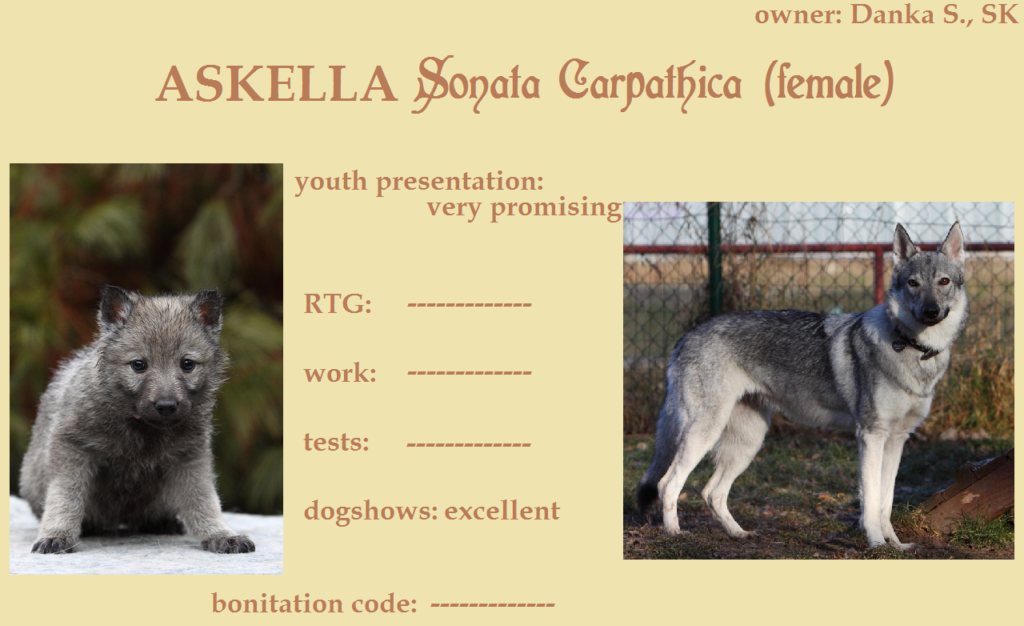 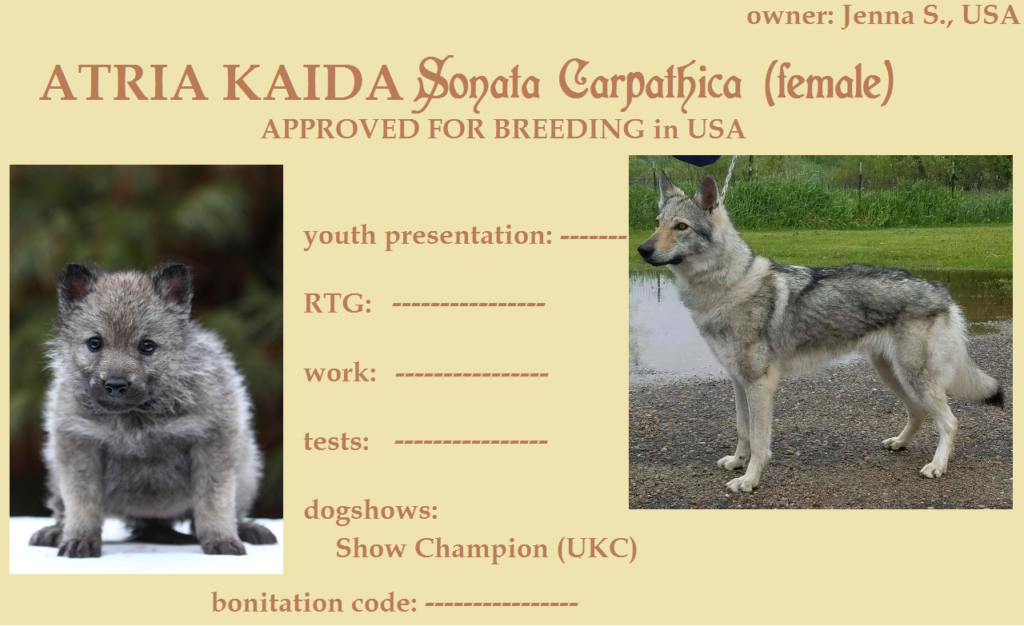 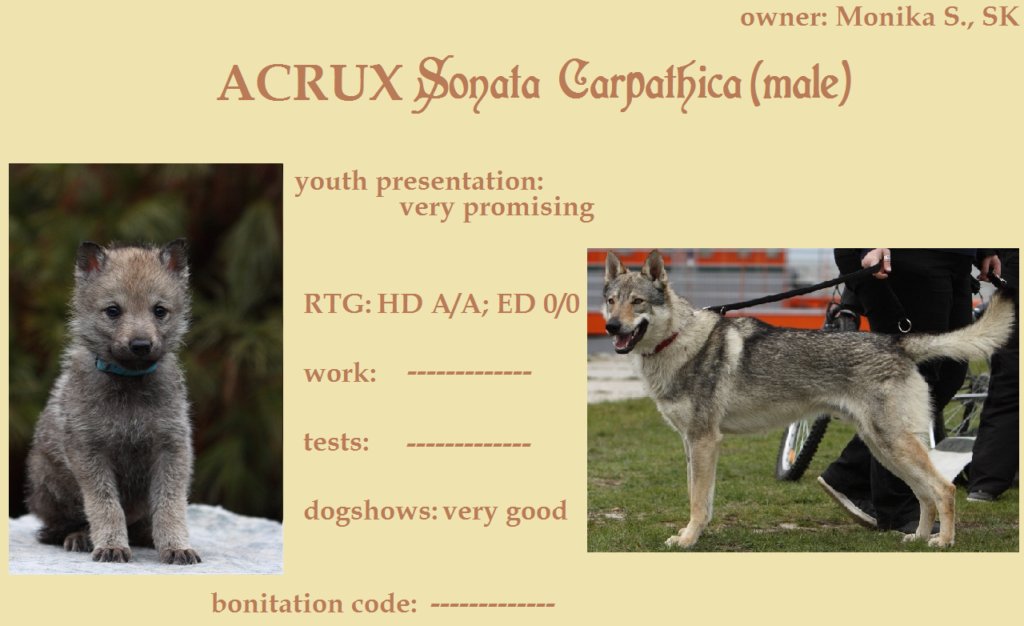 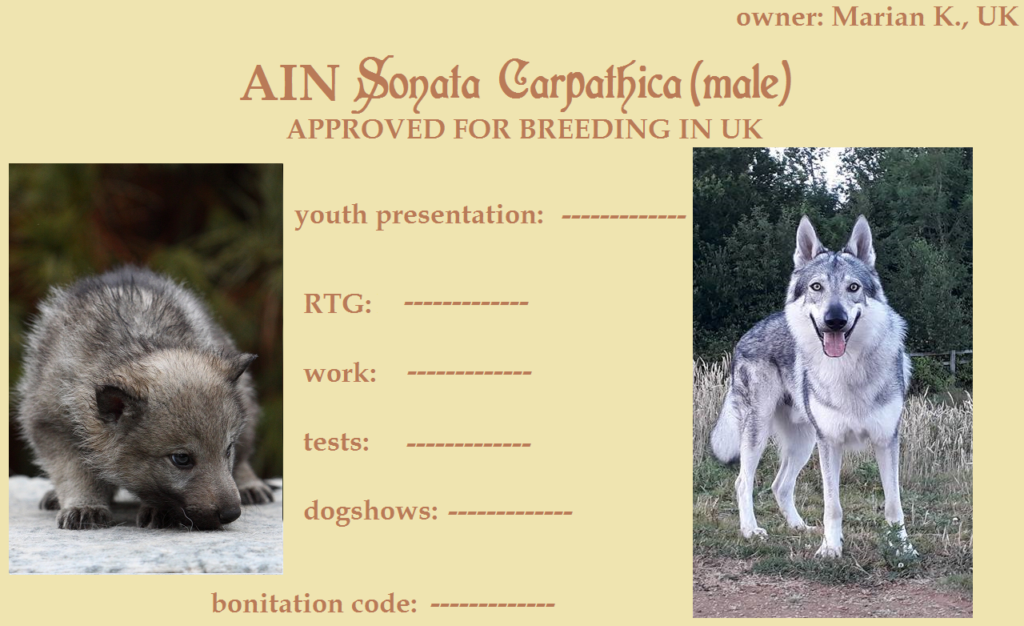 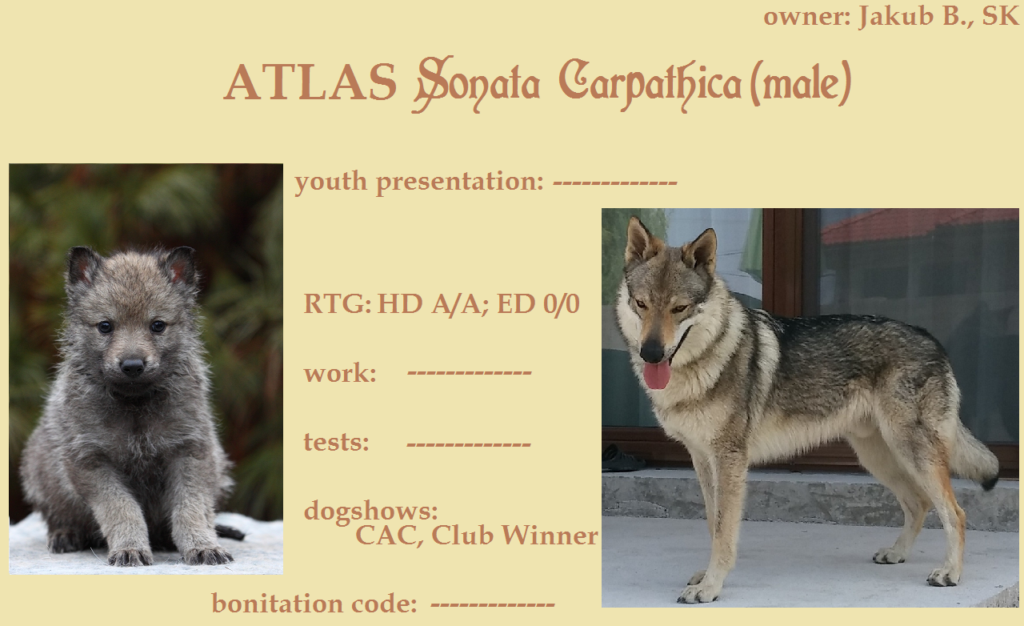 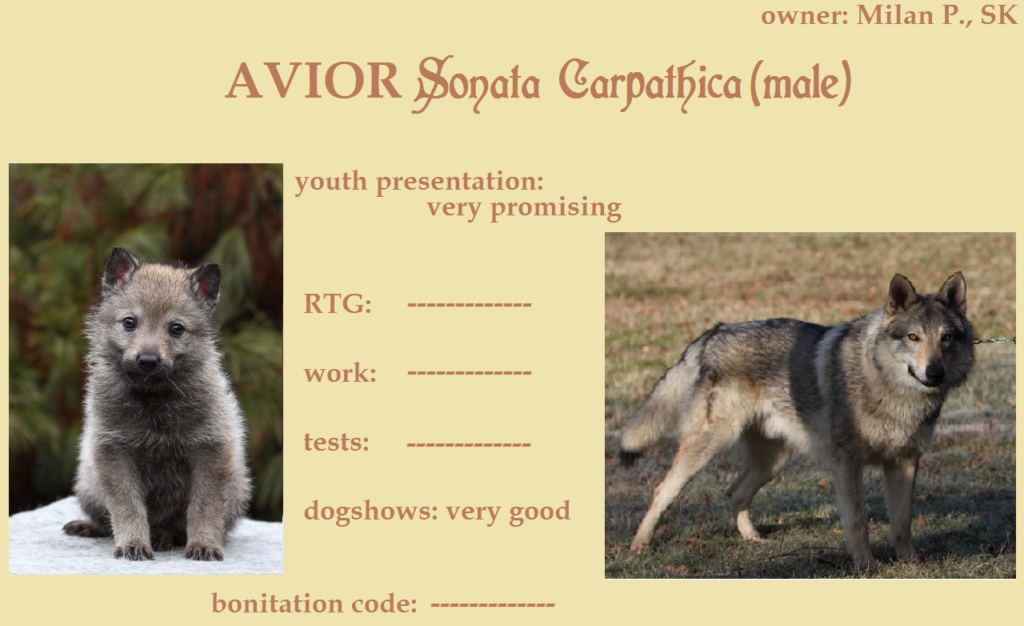 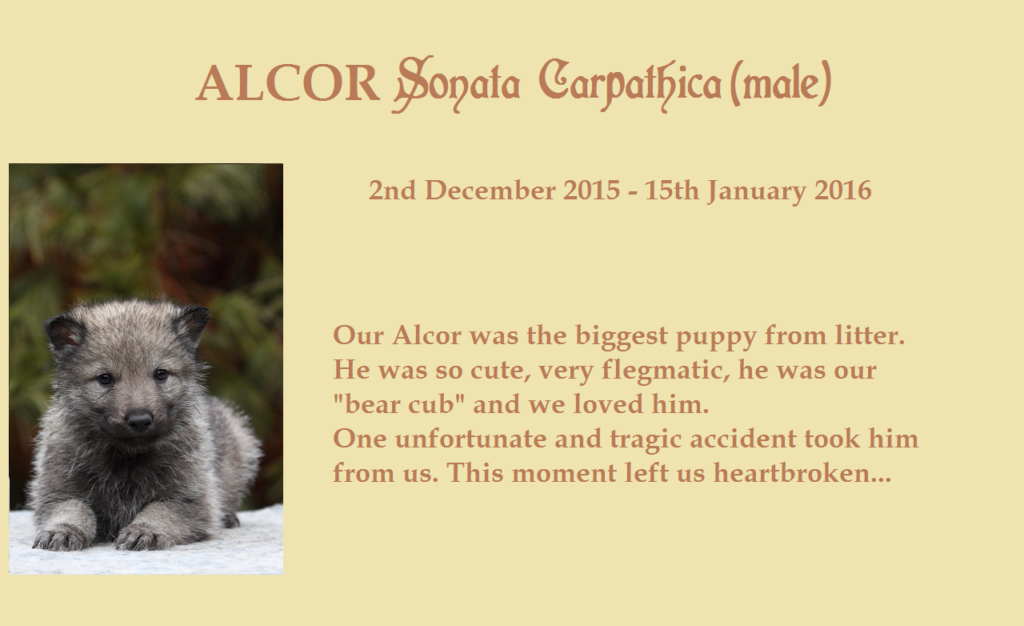